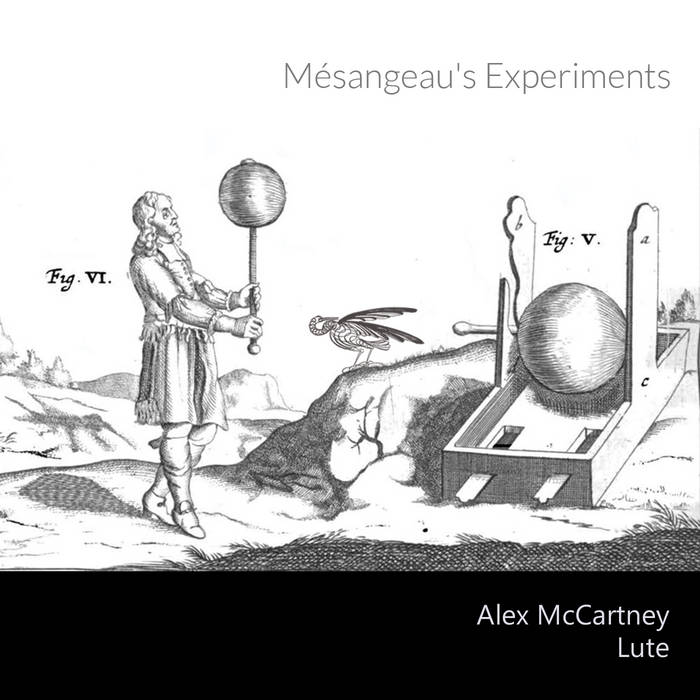 Reviews:
"I have greatly enjoyed Alex McCartney's playing of these suites, with his lightness of touch in the faster movements, and sustained grace in the Sarabandes and Chaconne."
Margaret Rees, The Consort

"McCartney's interpretation of this reflective music is stylish and sublime."
Kate Benessa, LSA

"... the CD is a real pleasure to listen to and Alex McCartney shows he is a very good lutenist which one has a desire to hear more from." Jean-Luc Bresson, SFL (Translated from the French)

"Using three suites Alex McCartney gives us a good impression of the refined art of the master." Pizzicato (Translated from the German)

Notes:
In the 1620s the French lute-composer René Mésangeau developed exciting new tuning systems for the 10 course lute resulting in luscious new resonances. His new attitude to composition provided foundation for the later 'French Baroque' style. These rarely performed works are a surprising glimmer of French splendor in the early 17th Century.